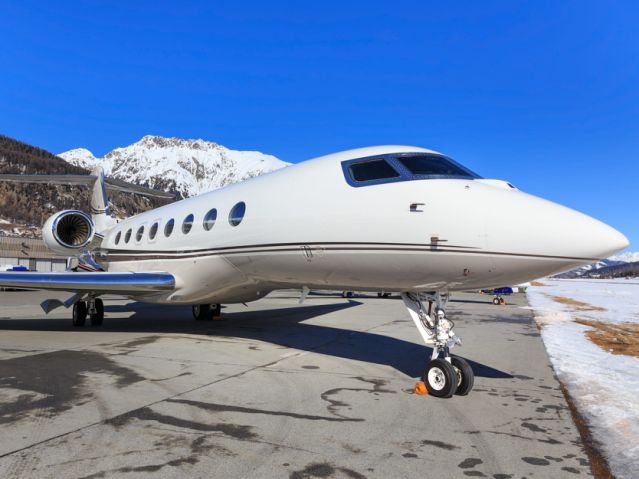 Anyone who has owned an airplane knows that finding the right place to keep it is no small task. In fact, the job is likely much more involved than first-time buyers ever imagine when they begin to consider aircraft ownership. Obtaining financing, finding insurance, hiring a crew, arranging maintenance-even redoing the interior and paint job-are likely all high on their list of things to do. But placing a roof over the new ride is often just an afterthought.

Though it might look like little more than a warehouse to the untrained eye, an aircraft hangar is a much more complex real estate entity. Fair warning: if you turn the task of hangaring your airplane over to your conventional commercial real-estate expert, be prepared to ride along on his or her learning curve. Some elements of the business of aircraft hangars are unique-and costly, unexpected pitfalls lie ahead to trap those who aren’t aware of them.

Some buyers may ask whether they really need a hangar for their private aircraft. After all, the only time an airliner sees the inside of a hangar is when it’s undergoing maintenance. But the effect of keeping airliners outside shows when you look closely at their cosmetic condition. And for private owners, protecting the finish is just one of many reasons to keep a roof over an aircraft. Others include convenience for light maintenance chores, interior cleaning, preflight preparation and temperature control. But the biggest reason, especially these days, is security.

The first hangar decision you must make is the airport where you will base your airplane. In some cases, you’ll have no real choice, but often two or more airports are within reasonable driving distance of your home base. As with all real estate, the closer an airport is to an urban center, the higher the cost for a square foot of hangar floor. So it could come down to a question of close-in convenience versus how much hangar you can get for your money. Some operators find it makes better economic sense to base their airplanes at an airport that is farther out and use the close-in airport as a pick-up station for the convenience of the passengers. For example, Richard Thompson of GO7Brands, who lives in Manhattan [see “CEO Files” in our February/March 2009 issue-Ed.], bases his Hawker 700 in Portland, Maine, because it is much less expensive than hangaring it at Teterboro Airport in New Jersey, where he gets picked up.

Shared Hangars
Once you determine which airport works best, it’s time to consider the various strata of hangar services, starting with renting space in a common hangar-sometimes called a “gang hangar.” As the name implies, you’ll be sharing the floor with several other aircraft. On the plus side, gang hangars are the least expensive option for most operators. In crowded geographical areas, they might be the only option.

Sign up for our twice-weekly newsletter filled with crucial information for anyone who flies privately.https://tpc.googlesyndication.com/safeframe/1-0-37/html/container.html

On the down side, shared hangars afford the greatest potential for damage to your aircraft from towing. It’s called “hangar rash” and it isn’t always associated with moving your airplane for one of your flights. Hangar operators often have to move several airplanes to get to the one that is flying that day and the shuffling that results has been known to produce fender benders-anything from a simple scratch to major structural damage. For that reason, your insurance company will surely ask whether you’ll be storing your airplane in a common hangar. Another factor is that you’ll be saddled with an added layer of planning because, depending on your parking spot in the hangar, the operator will negotiate an agreed-upon amount of notice-sometimes up to 24 hours-to get your airplane “unburied” for a flight. Usually, the closer your airplane is to the hangar door, the higher the rent.

The good news is that things are improving. There now are computer programs that clearly delineate on a floor plan what types of aircraft and how many can safely fit in a given space. The programs transform aircraft shuffling from an eyeballed judgment call to a science. Also, line-operator training programs (developed or sponsored by trade groups and insurance companies over the past few years) have ramped up the skill level of tug operators throughout the industry.

Arranging for a gang hangar involves more than just negotiating a standard lease, as the lease incorporates numerous terms that look as if they belong in a service contract. What support services, such as snow removal, will the hangar operator provide? What remains the responsibility of the aircraft operator? How are before-hours departures or after-hours arrivals handled? Is a fuel discount involved in the arrangement? Is there a reduced shop rate with the lessor’s maintenance facility? Are there limitations on what minor maintenance may be done inside the hangar? What type of insurance does the hangar owner carry? You need to be concerned not only for damage to your aircraft but also for liability involving your passengers using the facility.

Unfortunately, there is ample opportunity to make mistakes in negotiating a gang hangar deal. Fortunately, plenty of other operators have already made most of these mistakes and their misfortunes can be your guide. The message here is to find someone familiar with the elements of negotiating such a deal to help you.

Renting Your Own Hangar
The next step up is to investigate renting an existing hangar entirely for yourself. If you have more than one aircraft to store, you should hope to find a hangar that was built with your size fleet in mind. Otherwise, you might consider renting one side of a larger hangar, or building your own [See “Putting a Roof Over Your Wings” in our Buyers’ Guide 2008.-Ed.]

Assuming you have just one airplane, there are several options, starting with leasing a T-hangar if you own a smaller aircraft. T-hangars are so named because they resemble a “T.” They consist of single structures with several of the T-shapes interlocked in a line. Each has its own door and they vary in size. Some T-hangars can accommodate aircraft up to the size of a large turboprop, but they will not leave you much space for an office or any sort of support equipment. And most airports do not allow operators to perform maintenance in T-hangars, for a variety of reasons.

It can be difficult to actually acquire the land the hangar sits on, since some form of municipality-city, county or state-owns most airport real estate. So you’ll probably have to lease the property, if not the entire hangar. And because a property lease with an airport authority is a salable commodity, you may have to bid for it.

Long-term hangar and property leases can be complicated and you’d be well served to get a professional on board whom you’re confident understands the art of negotiating such leases. The best situation you can find is an owner who has been forced to sell his aircraft after investing unrealistically big bucks in a hangar at your airport of choice. The previous owner will have a hard time getting back what he invested in the hangar and his loss will be your gain.

Outrageous photos show what flying on private jets is really like, from private bedrooms with plush bedding to exquisitely crafted meals served with Champagne